We are excited to announce the Beta of the next version of our popular XML Development suite, Liquid XML 2014.

The Liquid XML Schema model now supports the XSD 1.1 standard. This adds many useful constructs including asserts, openContent and alternatives. These constructs can be modelled and edited graphically, and XML 1.1 compliant instance documents can then be validated against XSD 1.1 schemas.

The XML and XSD validation processor has been completely re-written for 2014. It now supports a plugin architecture making it possible to select the validation engine to be used for XML schema and XML document validation. These validation engines also operate asynchronously providing background validation as you type. The 2014 edition supports the .Net 4.0 XSD Engine, and the Xerces XSD Engine. 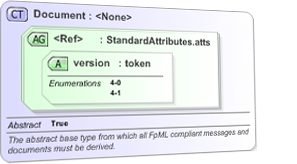 Although it has always been possible to view and edit the properties on each entity within an XML Schema model view via the properties window, until now only limited information has been displayed in-line. This has its drawbacks, especially if your printing the diagrams. New in 2014, all property values that have been set or inherited are shown in-line within the view, making it much easier to read the schema. 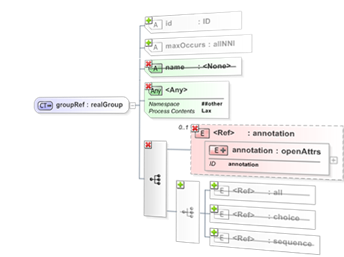 Type restrictions can be thought of as anti-inheritance, instead of adding to a type, it restricts the allowed content. The W3C XSD rules are very complex in this area, and up until now there was no specific support for restrictions. With Liquid XML Studio 2014 that changes and restrictions have their own editor. This makes it possible to see which entities are available in the restricted type, and also see the effective properties on each entity within it.
A template is provided making it easy to add or remove the types defined in the base by simply clicking on the +/- icons.

The spell checker now automatically includes all the keywords defined in the validating schemas associated with an XML document. So all the element and attribute names are automatically white-listed.

A tool to take multiple XSDs and flatten the include XSD into a single file. This is useful when deploying an XSD as it makes it easier to work with from within an application, and some older tools.

The Liquid XML Studio environment now integrates the Large File editor. The large file editor can open files over 1TB in size instantly. As the editor does not load the entire file into memory, it can operate very quickly on huge data sets.

Download Liquid XML 2014 Beta
Posted by Liquid Technologies at 10:56 AM