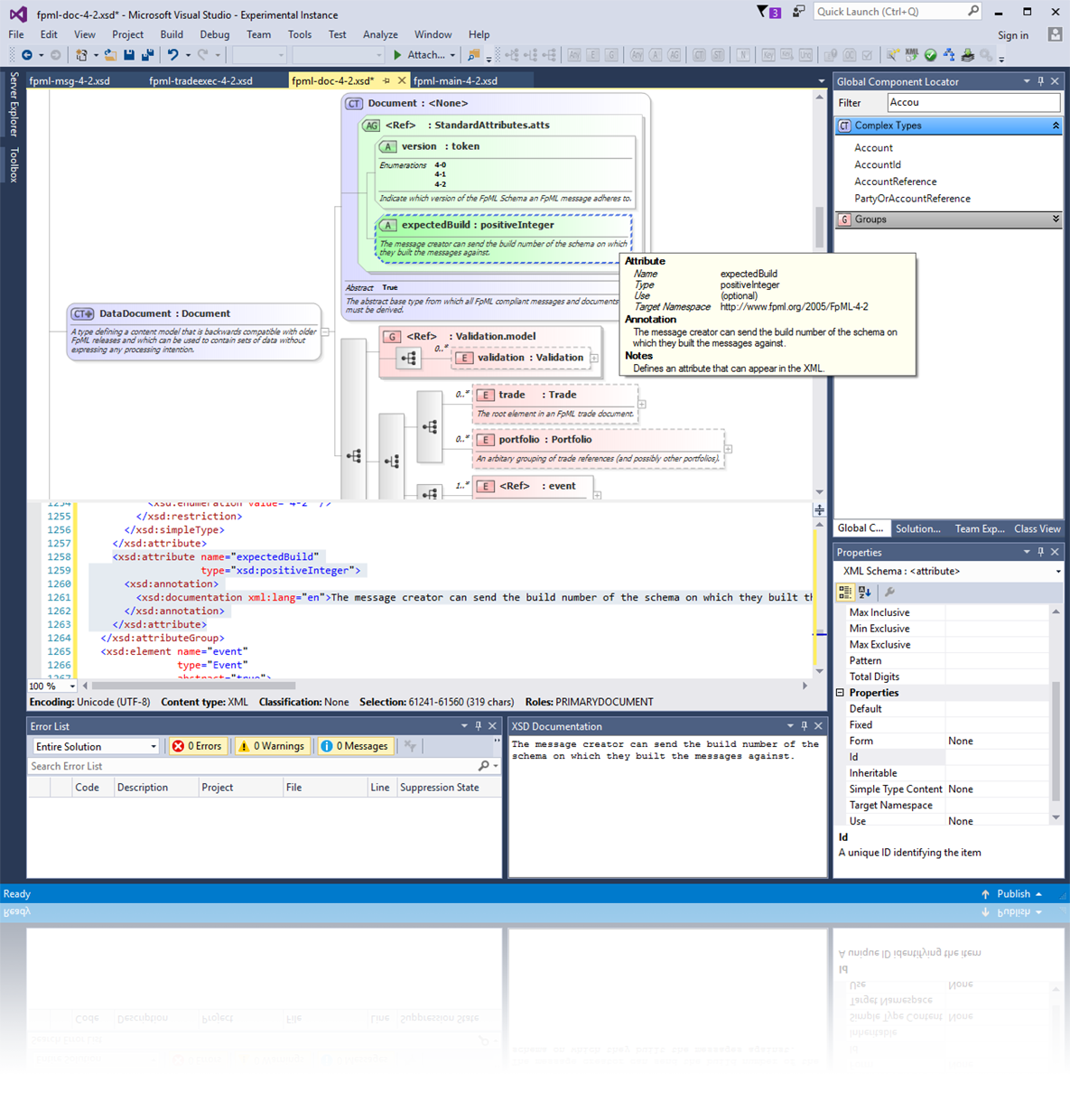 Liquid Technologies have provided Visual Studio tools for over a decade, and as a 2017 Sim-Ship partner show they are committed to long term support of Microsoft's new development platforms and tools.

"Thousands of developers have used our Visual Studio integrated tools since our initial support for Visual Studio 2005. Since then we have improved every aspect of functionality year on year and intend to do so for future platform releases." Simon Sprott, CTO

The XSD Documentation Generator generates a fully interactive HTML or ASP.Net Web Site based on your XML Schema. This can be hosted on your private cloud or exposed on the internet for your developers or customers.

An XPath expression builder is included which highlights matching areas of any XML document and allows you to easily generate XPath snippets to include in your C# or Visual Basic .Net code.

For web service developers, the Web Service Test Client provides functionality to call any web service, such as WSDL SOAP or RESTful HTTP based web services.

In addition to supporting the new Visual Studio 2017 extensions, Liquid XML tools will continue to be compatible with previous Visual Studio environments.
Posted by Liquid Technologies at 1:50 PM